There is always a debate about the origin of paneer and there are stories around it. Of late, i am following two terrific shows on channel "EPIC" on television. One is "Raja, rasoi aur anya kahaniya" (The king, the kitchen and various stories) and another one being "Lost recipes". Both shows give a lot of information about the history of food and how some ingredients were adapted in Indian cuisine and recipes were evolved.

In one such episode, i learnt that Paneer actually came from Persia. In India, paneer existed in the form of "Chenna" but the word Paneer (also known as Panir) came from Persia. It is so said, that Paneer was accidentally invented when a merchant was carrying milk in a pouch made of raw-Hyde for his days of travel. The heat of the dessert and the rennet in the leather turned milk into Paneer. It started gaining popularity in Indian cuisine during the Mogul ruling period, it's said.

As of today, it's a household dish. Not majorly used in everyday cuisines in west or south of India, but mostly in North India. To a lot of friends of mine from different countries, "Saag paneer", or "Palak paneer" or infact Indian vegetarian cuisine relates to "Paneer". The best or worst part about Paneer is, it doesn't have a taste of it's own, but blends itself so well in whatever spice/curry it is cooked in. So, today i am going to write about Paneer tikka. This is a dry version and not the famous "Paneer tikka masala" with the gravy. This paneer tikka can be served as a starter or a side dish, and mind you, it does make you full with just a few pops in the mouth! Tastes delicious, juicy and just the right amount of spice !!! 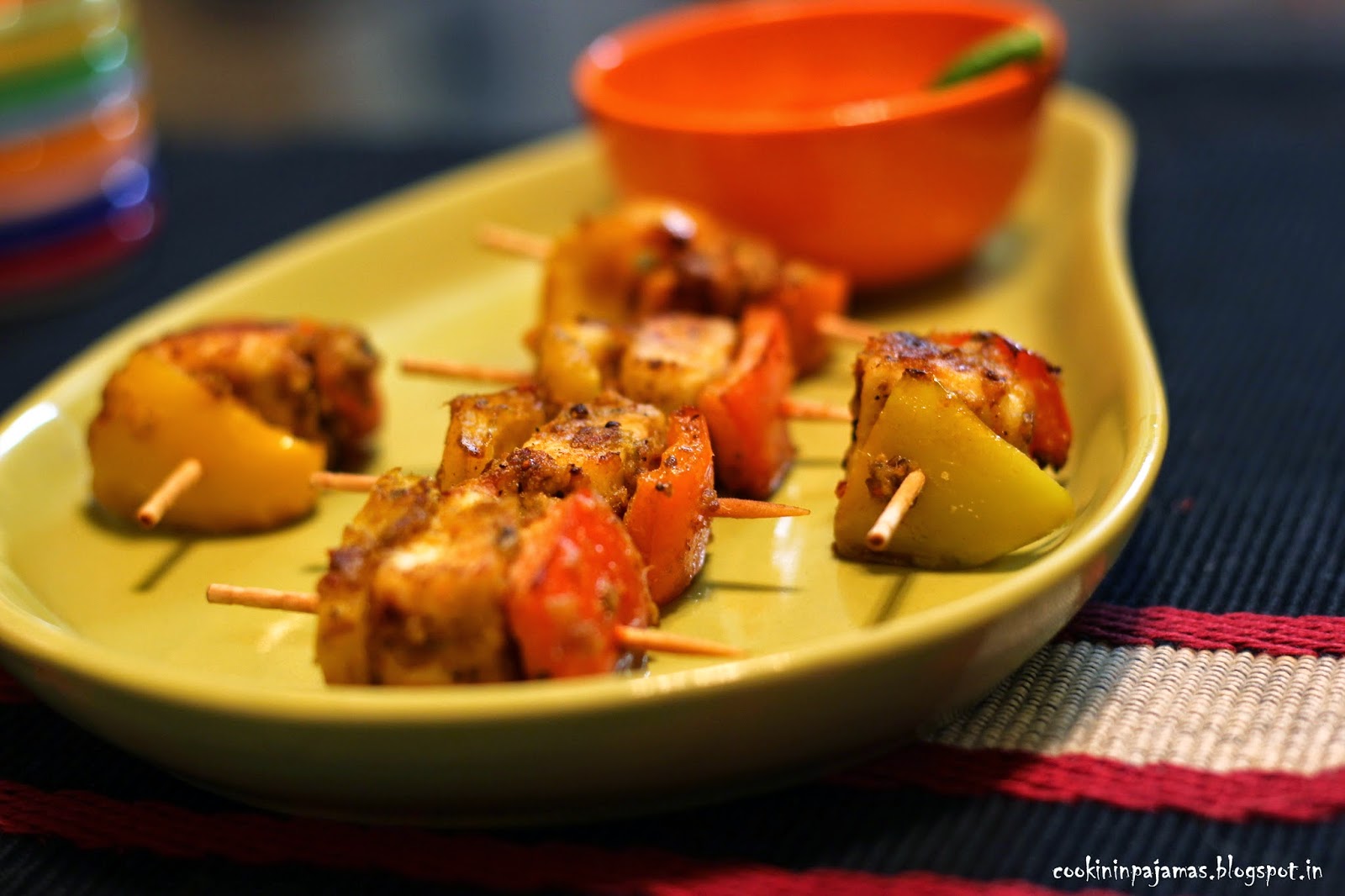 If you don't have both, use any one variety. If not, use green capsicum and/or onions. 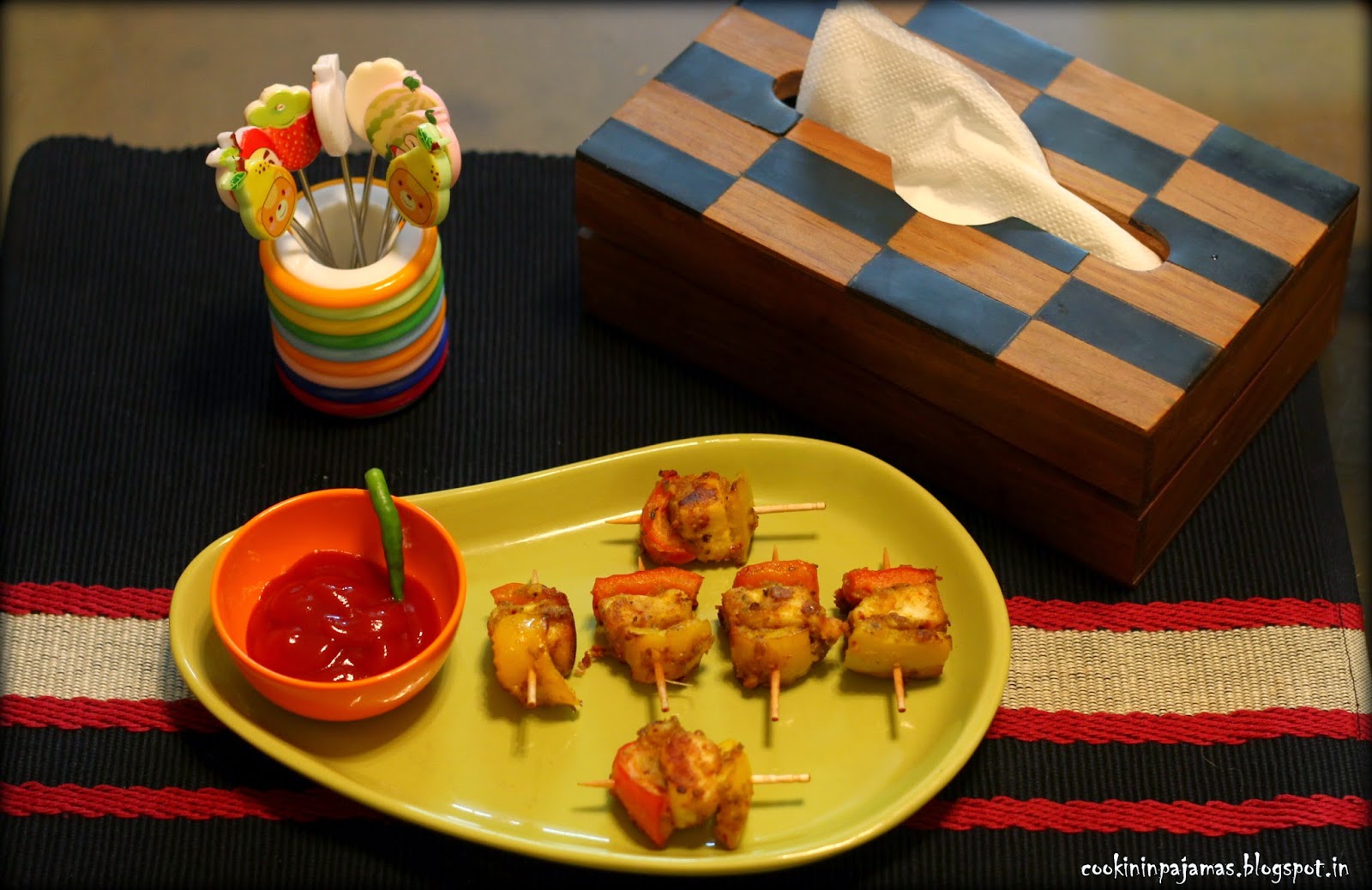 Cut the paneer and bell peppers in equal size squares.

Take them in the mixing bowl and add everything else except oil.

Mix it all well and let it stand marinated for about 15 minutes.

Now heat oil in a pan.

Attach the paneer and bell pepper alternatively on a toothpick. (Normally 3 fit well in a toothpick and lets it fry well). 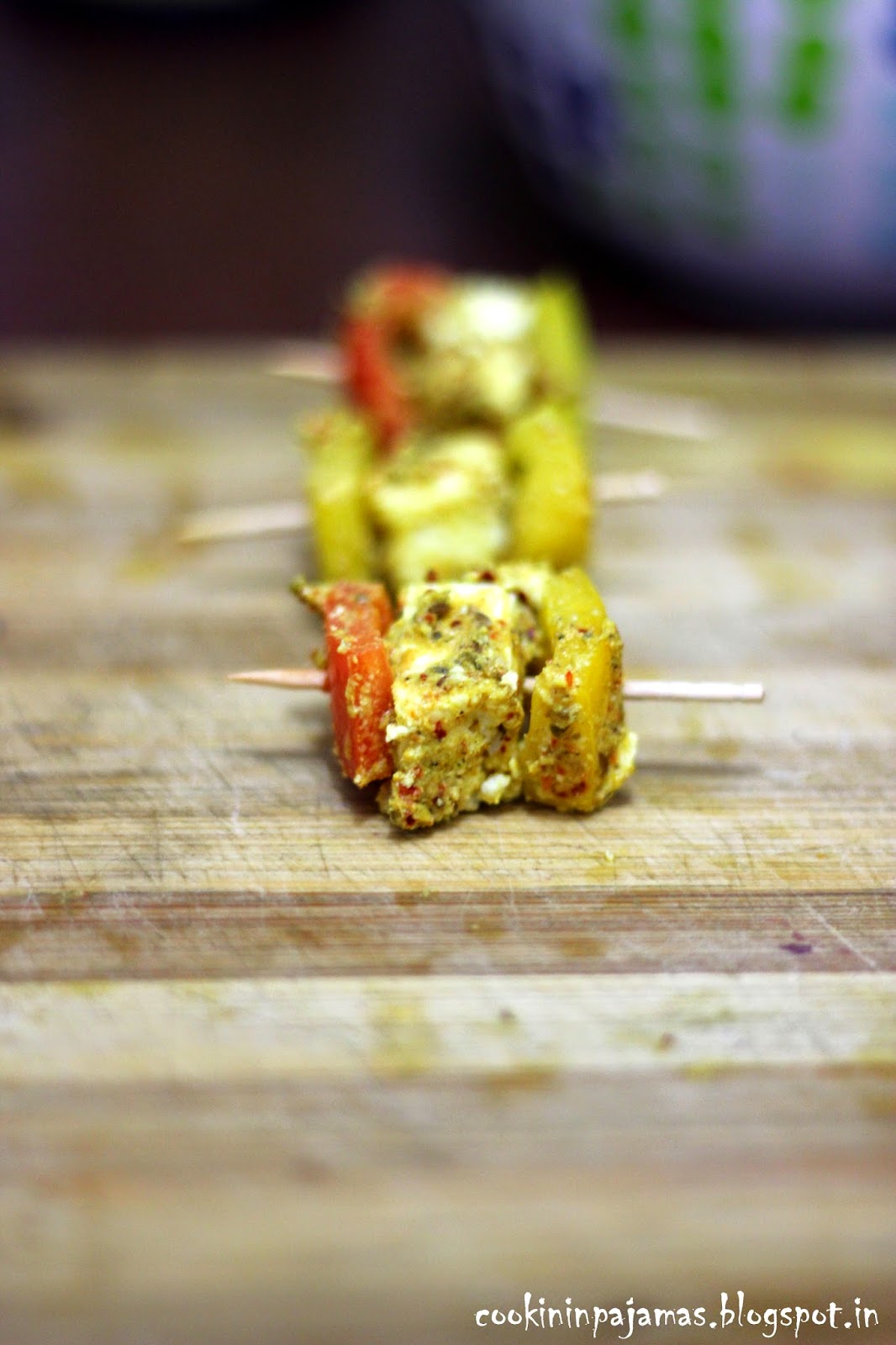 Shallow fry these until golden brown. If you fry for a longer time, the paneer will become chewy.

You can sprinkle some chaat masala and lemon juice on top.

Serve along with tomato ketchup. 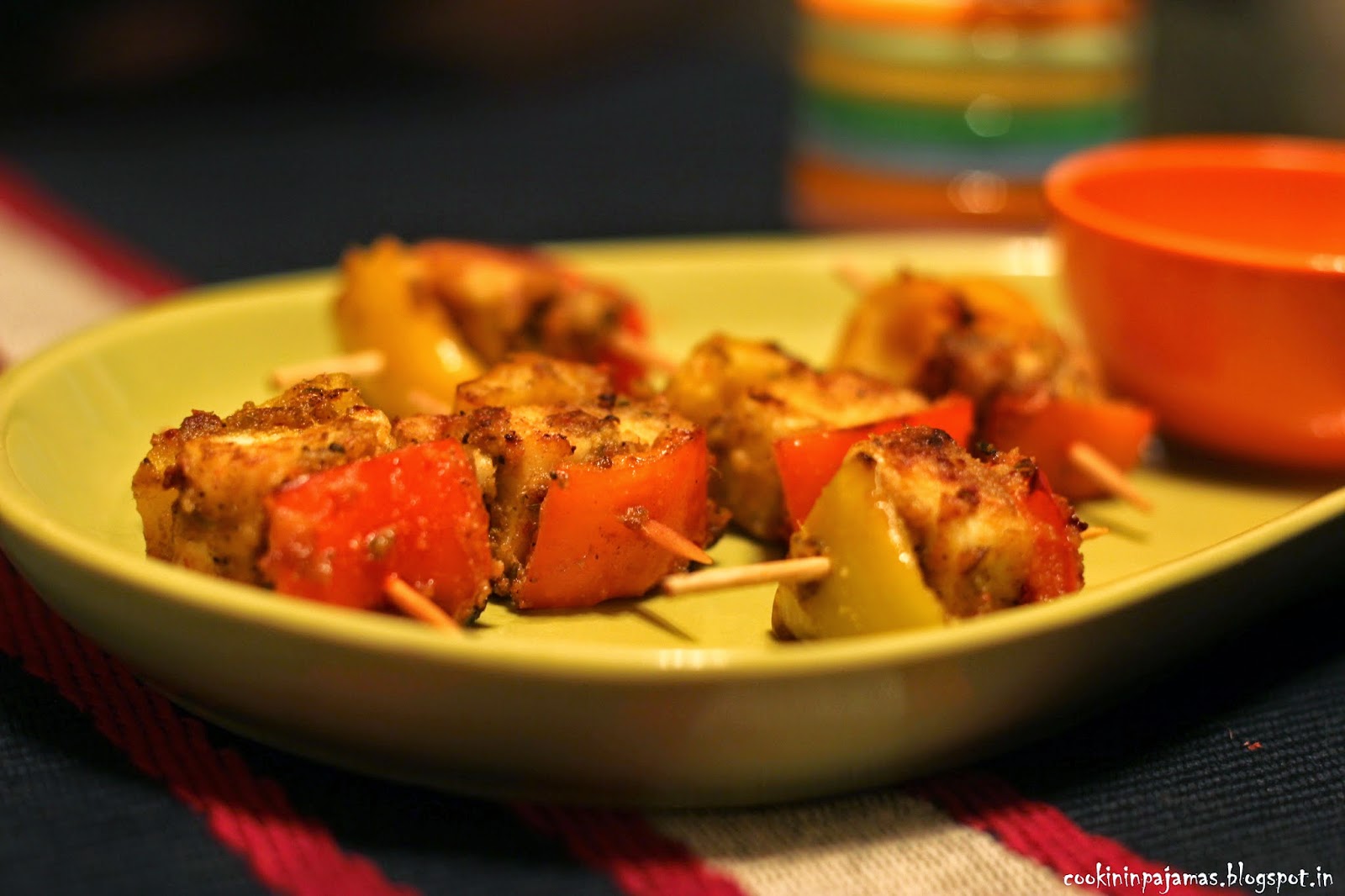