Goa!!! That word surely make my eyes shine as my love for that place grows each and every time i visit it. I must have visited Goa every year before i shifted to Delhi, and each time i have come back a little happier, a little wiser. Yes, Goa has a lot to offer than just beaches and beer. There is so much to learn about the history, culture, traditions and of course cuisine. Though Goa is known for it's seafood, there is a wide variety of choices for vegetarians too. Not to miss the amount of spices and variety of vinegar available there only adds to to the variety of dishes.

Though world cuisine has taken it's spread in Goa, there is still an immense influence of Portuguese food in a lot of traditional dishes served. We all know the famous Vindaloo. Traditionally, the name was Vin-dahlo (meaning vinegar and garlic). So, the basic recipe of Vindahlo was with Garlic, shallots, sea salt, pork, some khada masala as cinnamon, black pepper, cloves and of course vinegar! That's it! It was slow cooked on wood-fire in clay pots for hours together which would be carried by people travelling in ships from one place to other.

Less spices (majorly whole spices), slow cooking (usually on traditional stove-tops of wood or coal) and using what was available locally together amalgamated this wonderful fusion cooking. So, East Indian cuisine has a lot of influence of British, Portuguese and Maharashtrian cuisine. I will have a different post about it someday. But just for the information, East Indians were the original inhabitants of Mumbai !! The details caught my eye on a recent television show i saw recently and hubby gifted me this amazing cookbook by Chef Michael Swamy : 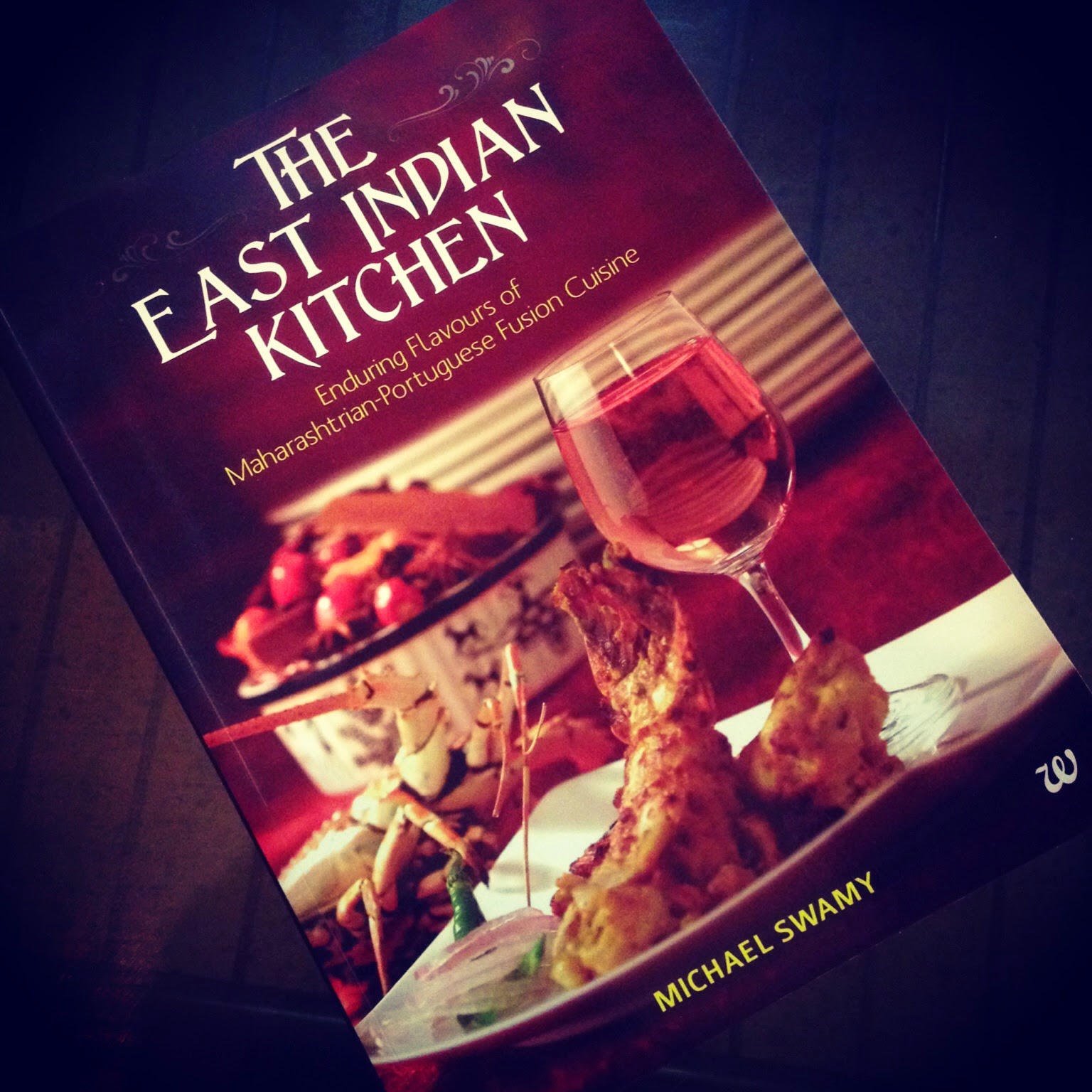 Cabbage Foogath is a recipe i adapted from this book. Foogath is a Goan word that came from the Portuguese word " Refogar " meaning "to fry with oil or butter and seasoning". So, foogath is basically a vegetable side dish that is cooked with minimal ingredients and is ready within minutes. It is extremely easy and extremely flavourful. Foogath can be made from french beans, ivy gourd or even capsicum. Some add curry leaves, some add fresh grated coconut on top. I didn't have both, so i skipped (neither has it been mentioned in the recipe book). Some even add cashews or vinegar for a different taste. 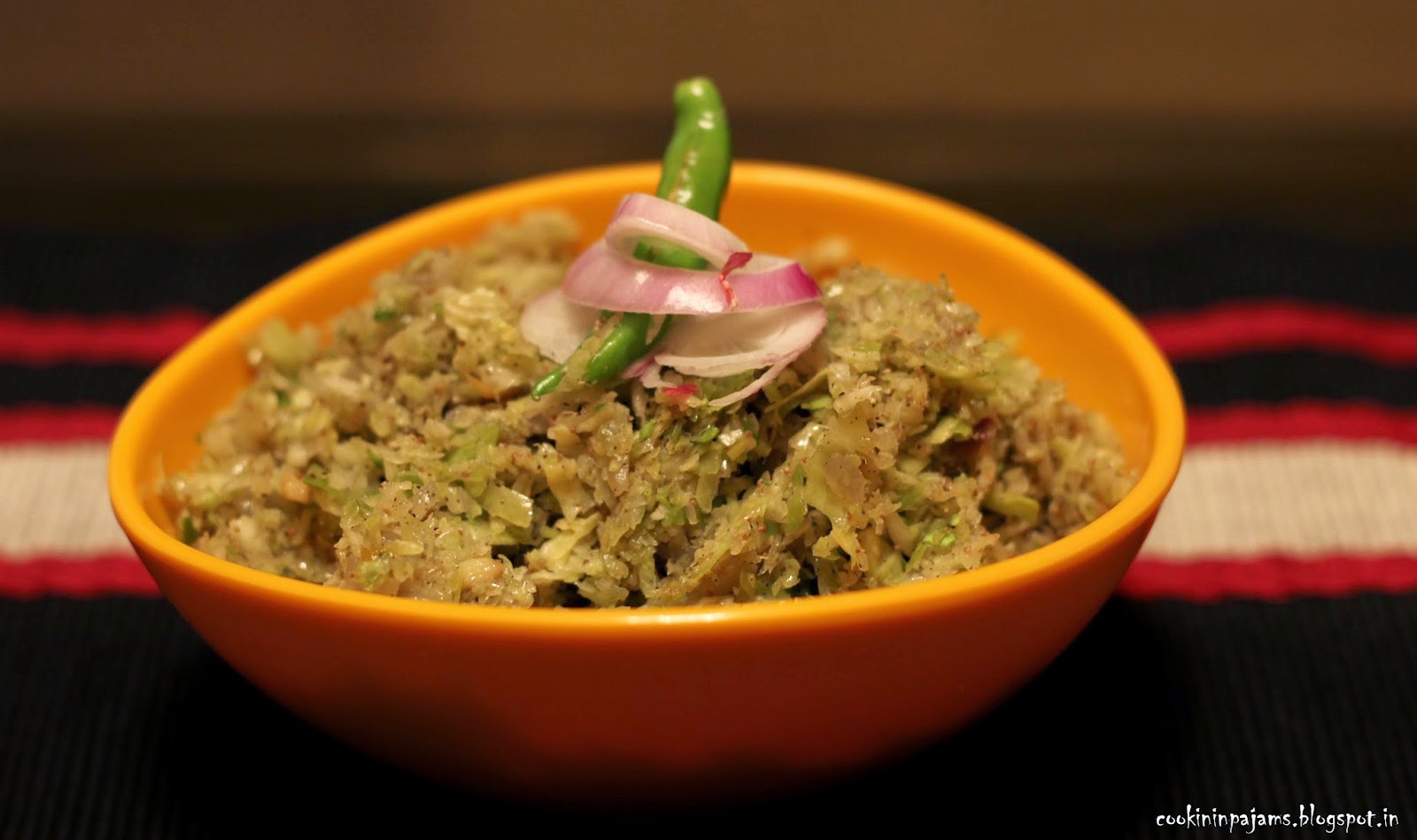 In a pan, heat ghee. You can use oil too.

Add poppy seeds. When they splutter, add the garlic. Saute till they are brown.

Add the onions and saute till they are translucent.

Add in the cabbage , salt and pepper.

Mix well and saute for about 5 minutes.

Cover the pan with lid and steam cook for another 3-5 minutes. Keep stirring in between to avoid burning and ensure even cooking. 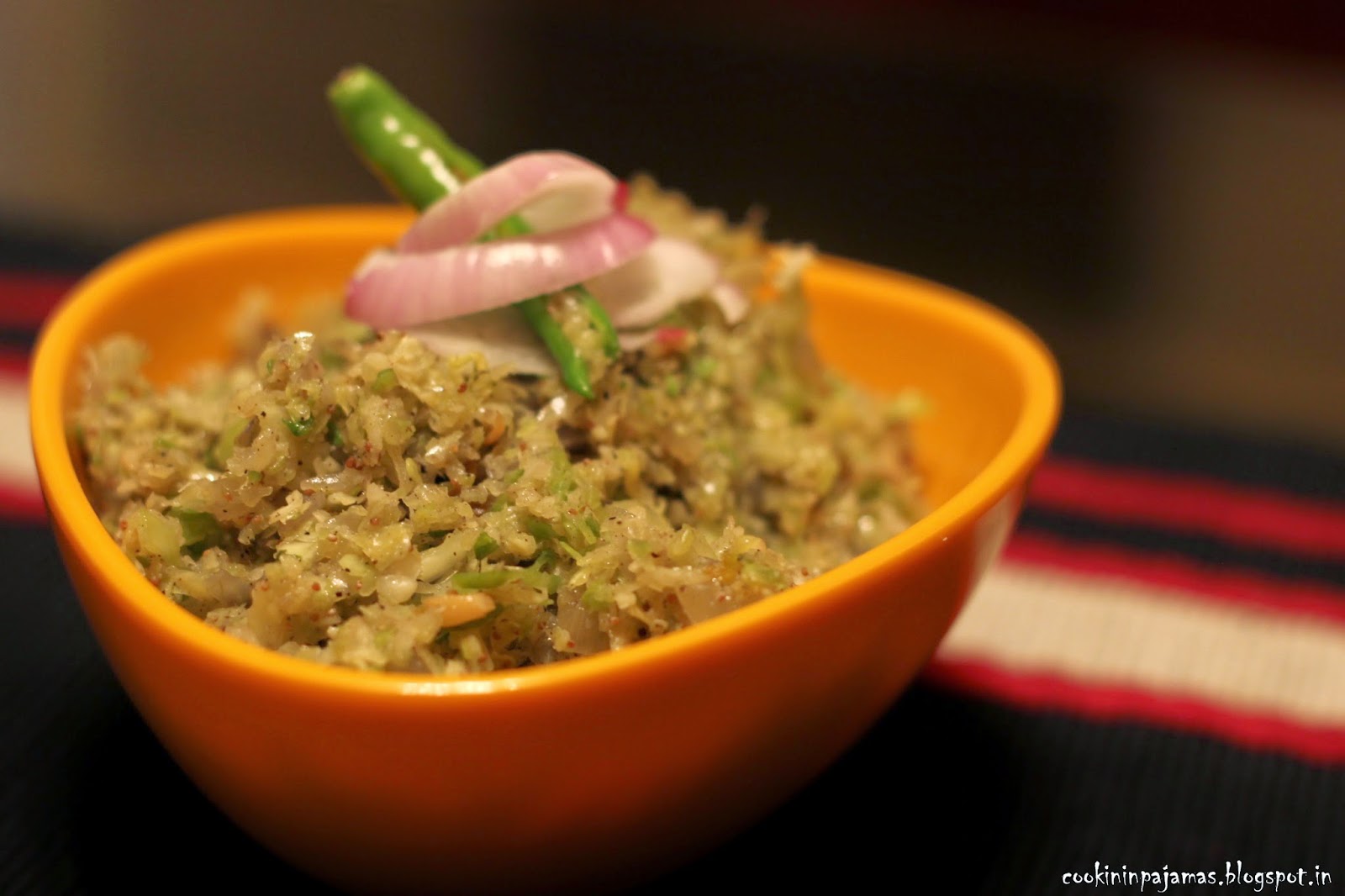 Traditionally, it is served hot with rice, but tastes great with a roti or paratha too.