Angaarki Chaturthi : Yesterday was Angaarki Sankashti Chaturthi. Sankashti Chaturthi is celebrated in every Lunar Month or Hindu Calender Month on the fourth day of the waning phase. ( i.e it comes on every 4th day after Full Moon of Hindu Lunar Calender Month ). This day is dedicated to Lord Ganesha and if this chaturthi falls on a Tuesday, it is called Angaarki Chaturthi. It is considered an auspicious day and people observe fast to pray to Lord Ganesha to remove all their problems ( Sankat Hara Chaturthi ) in life, as HE is known to be!!!
People break their strict fast only after the sight of the moon followed by prayers to Lord Ganesha. Normally "Sheera" is made as an offering to the Lord as "Prasad".

Sheera is a very popular sweet dish. It is normally prepared during pooja or any auspicious occasions and is offered as a sweet to the Lord and then distributed amongst all. Sheera is also eaten for breakfast in some parts of Maharashtra. A very easy-to-make dish and very healthy too. 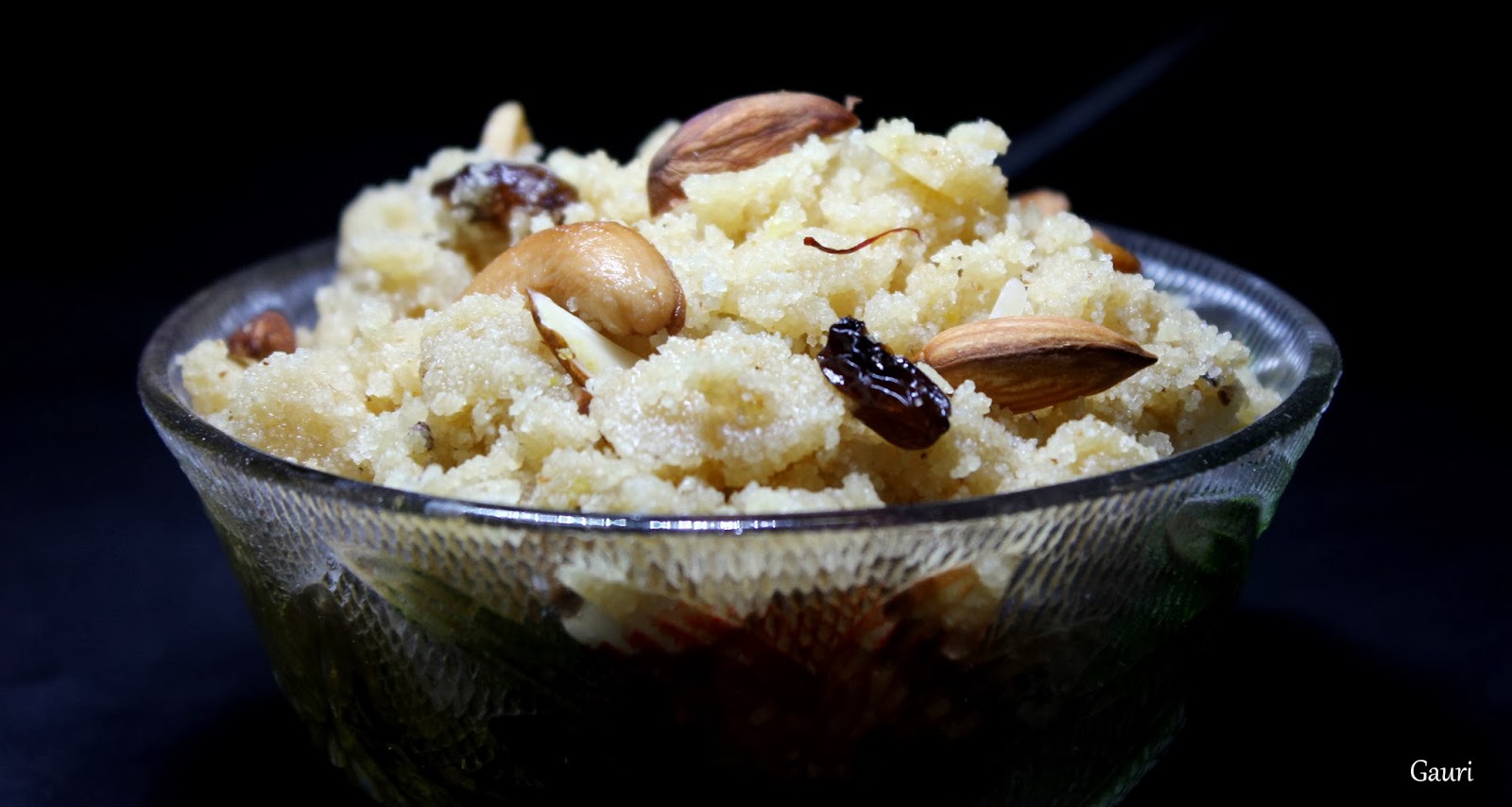 Heat a pan and add 1 tbsp ghee. Add all the nuts and roast for about a minute or two. Remove and keep aside.
In the same pan, add the 1/4 cup ghee. Once it melts, add the rava and roast on low flame till it starts leaving fragrance and turns golden brown in colour. Don't roast it on high flame or else it will burn and become black. Keep stirring in between and roast for around 10-15 minutes.
Now add warm or room temperature milk to the rawa. Keep stirring, so no lumps are formed.
Cook on low flame for about 5 minutes till the rava becomes soft and milk starts thickening.
Now add the sugar. Mix well and add the nuts. Cook covered till it becomes like a soft thick ball. ( takes about 3-4 minutes )

For prasad, People add a Tulsi leaf on top while offering to The Lord. Some even add banana on top or a mashed banana while cooking.