Phatte Huye Tamatar ki Kadhi : This was a joke that i had to mention on my blog !!! On being a part of a food forum, i have made some great virtual friends there where we keep posting "what's cookin in our kitchen" ," where we go to dine", "what we eat" etc...On one such post where a lady asked about making punjabi style aloo parathas, my friend Ritika Khullar mentioned the process and said that she fills the stuffing so much, that the parathas actually Phatte ( gets torn - here meaning, pops out of the covering)!!!! I loved that word and a series of conversations followed, with renaming my blog as "Cookin in Phatte huye pajamas"..Hahaha... So, lets dedicate this Phatte Huye Tamatar ki Kadhi to Ritika :)

I usually have this habit of watching the channel "Food Food", one of the most popular food channels in India, during my lunch time. Maybe it increases my apetite or it just makes the food more tasty!!! Whatever the reason, i love watching food while eating...One such weekday, i had Sanjeev Kapoor showing the recipe of Tomato Kadhi. The name sounded interesting, and i decided to make it the same evening. It tasted heavenly with rice !!! So, if you are bored to cook one such day, this kadhi and rice ( with accompaniments of papad and some achaar ) combination would surely be a go-go!!! 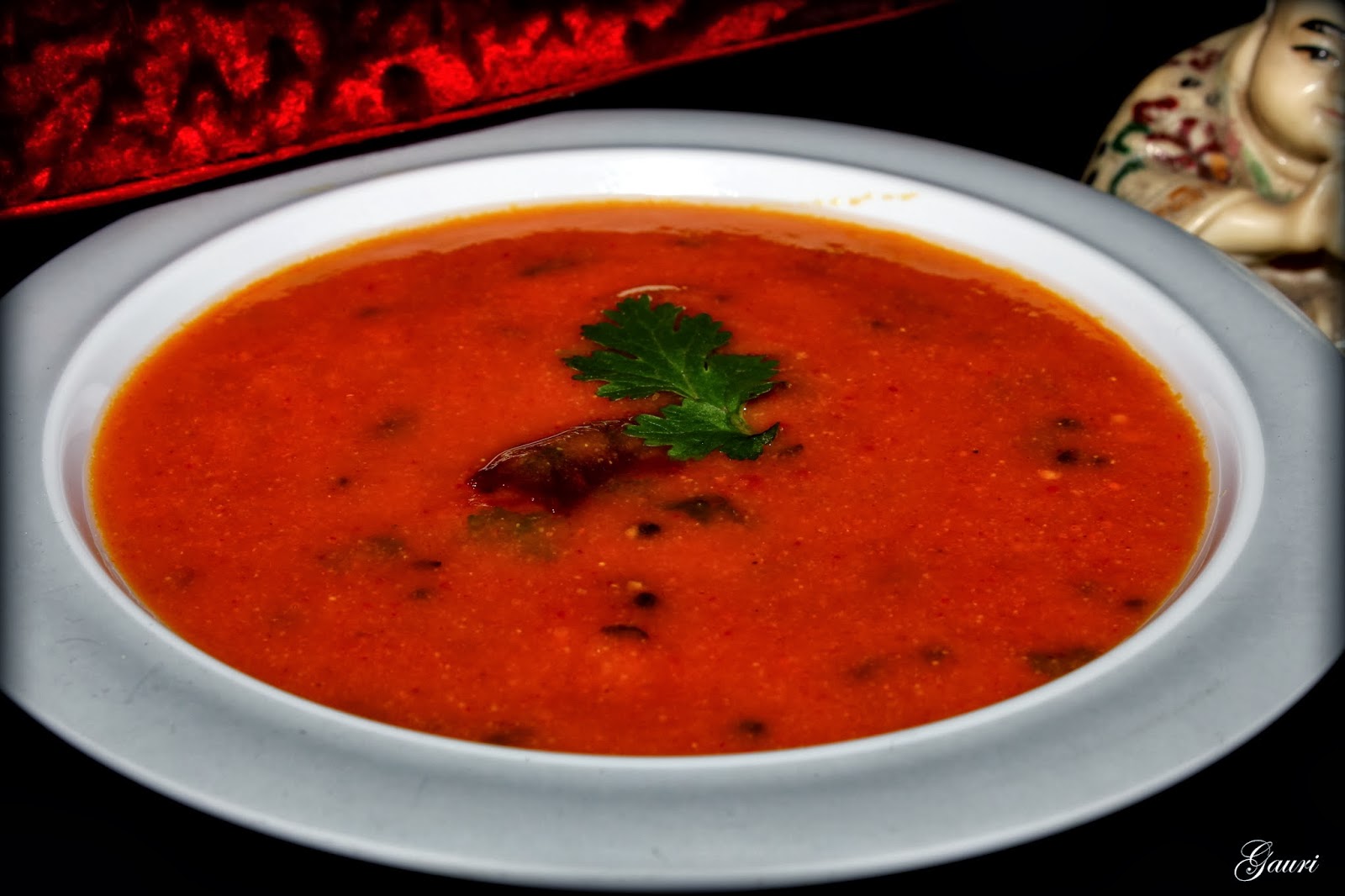 In a bowl, take besan. Add red chilli powder, turmeric powder and salt ( according to taste ). Mix it well. Now add the Tomato puree. Add about 2 cups of water and mix it well again. Set aside for 10 minutes.

Meanwhile, heat a kadhai and add cumin seeds and mustard seeds.( No Oil added ). When they crackle, add the asafoetida and dry red chillies. Now pour the tomato mixture into this and let it come to a boil. Reduce the flame and let it simmer for about 8-10 minutes ( or till it thickens )

If you feel the tomatoes are sour, add about 1 tsp sugar. Or else you can adjust according to taste. Now garnish with corriander leaves and pepper and serve hot with Steamed rice :))) 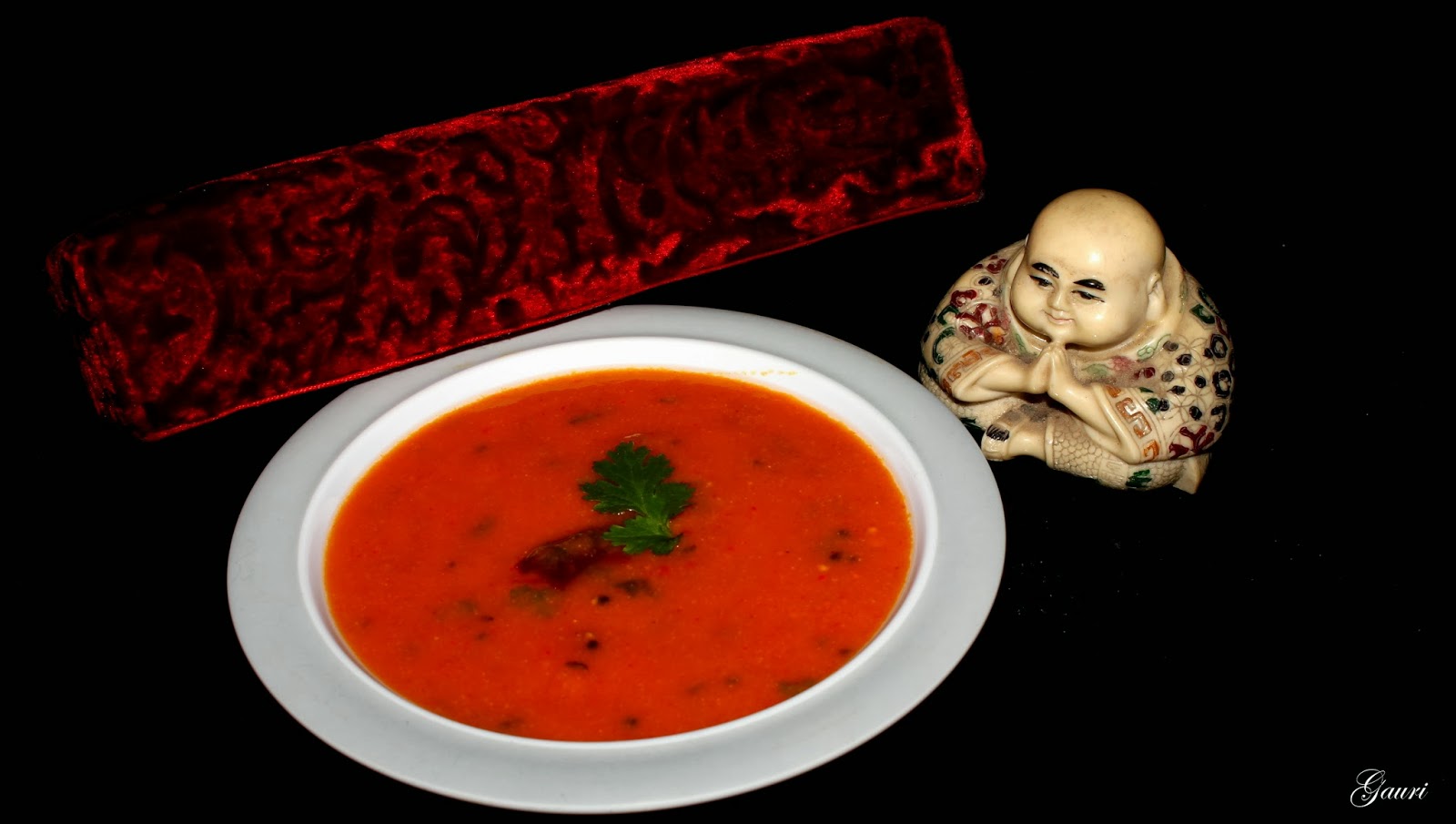