I don't know if i have mentioned this earlier, but since me a vegetarian( Egg-etarian and Dessert-arian actually ), and hubby being a non-vegetarian, we always have to cook two dishes when making Chicken/Meat. So i found an easier way out of separating the gravy before adding chicken and then adding either eggs or paneer to it. Sometimes even adding boiled aloo ( potatoes) tastes great!

So this way hubby gets to eat his favourite chicken, and i don't have to stress on making two curries :)
I have already posted the Kaala Masala Recipe earlier. ( http://cookininpajamas.blogspot.in/2014/03/khandeshi-masala-kaala-masala.html )

While making the curry with the masala, what's important is to cook the masala and let it blend very well with the onions/tomatoes paste to form a nice brown gravy. It would take a while, but guess the real taste comes from slow-cooking!
One of the main ingredients i learnt from my mother-in-law while making this curry is Garlic. My MIL loves garlic... she would add it in raw form, or in a paste form or just crush and add to any and every thing from daal to dry sabzis to curries. Another important thing to keep in mind is the law of minimalism. Since the Kaala Masala itself has a strong and intense flavour, adding a lot of other masalas would dominate the taste. So, just a spoonful of corriander powder and little red chilli powder is enough. 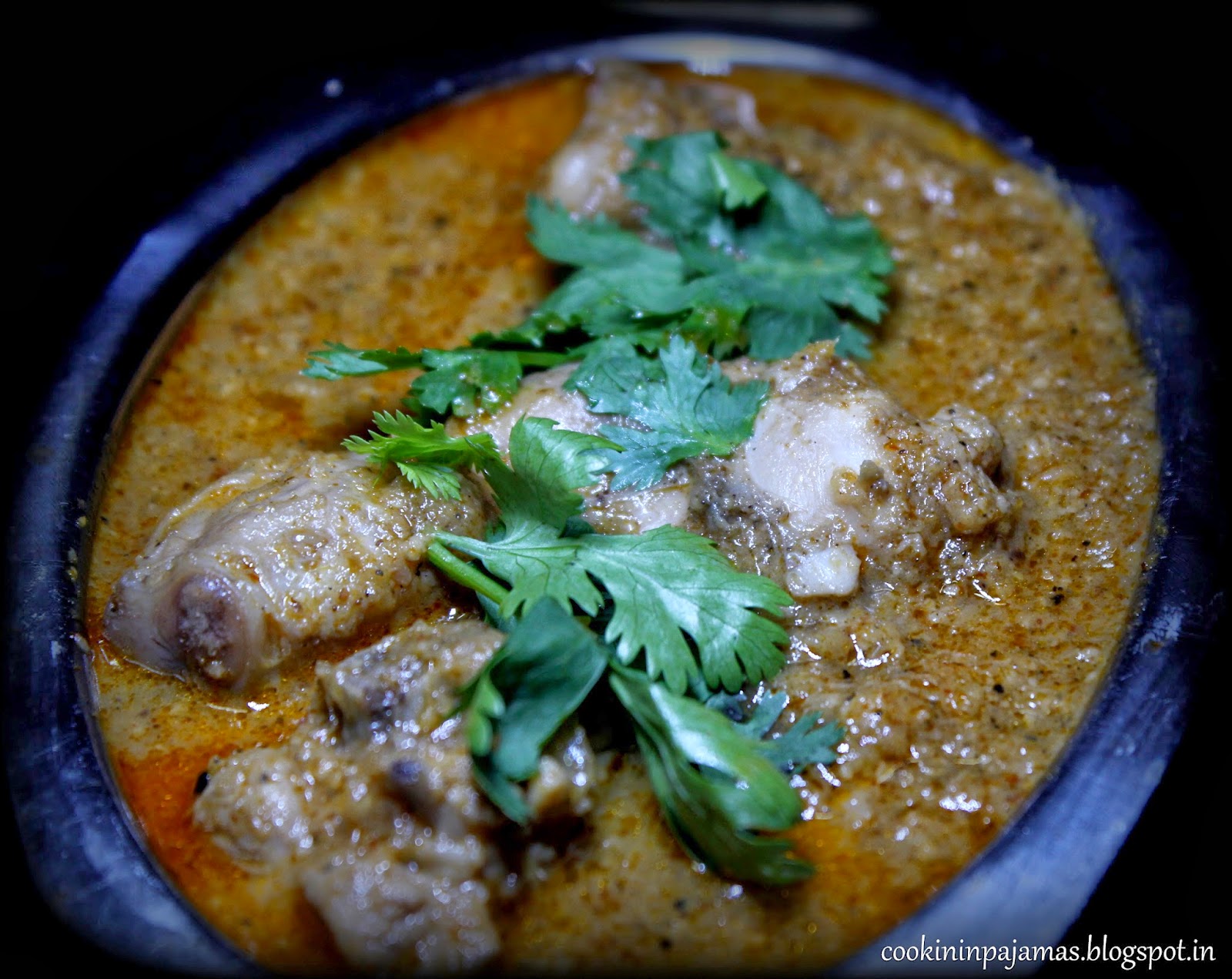 Make this one, and you will end up licking your fingers and craving for more...:)

( The gravy proportion is for 250 gm chicken and 2 eggs for the egg gravy as mentioned above, so you adjust accordingly )

Onions - 3
Chicken - 250 gms (The best part about making this one is you don't have to marinate the chicken for long. Just clean the cut chicken pieces and add a pinch of salt and keep aside while your masala is cooking )
Tomatoes - 2
Garlic - 12-15
Fennel seeds - 1 tsp
Khas khas ( optional ) - 1/2 tsp
Ginger - 1 inch piece
Oil - 3 tbsp
Dry coconut ( roasted till brown ) - 2 tbsp ( I had mentioned about this one in one of my earlier posts... I normally grate dry coconut and roast it and keep in air tight container and then add to different curries/ sabzis as required, gives a very different taste and colour to any dish ) Looks somewhat like this : 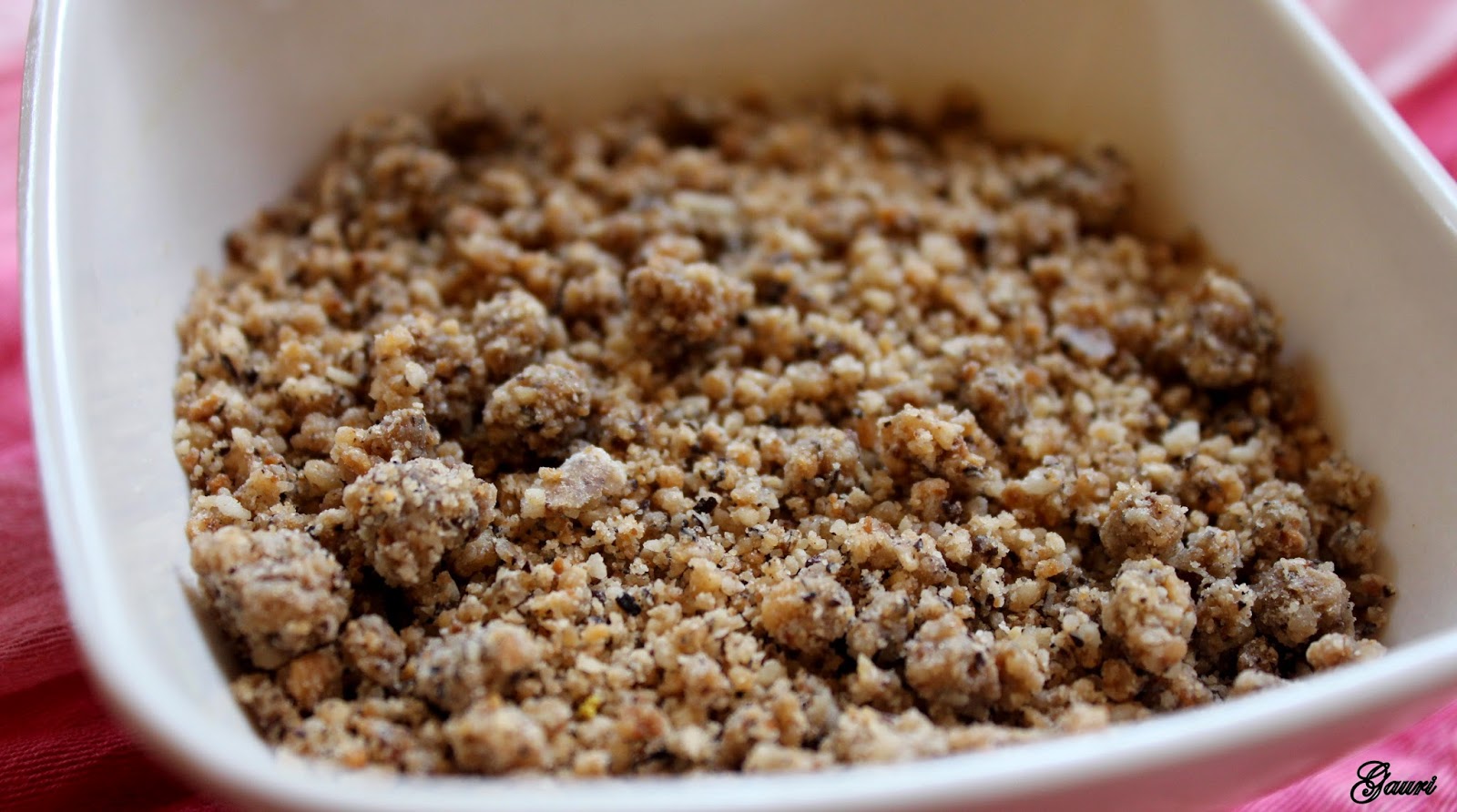 Heat 1 tbsp oil in a pan. (This pan should be the one you are going to cook the chicken in ). Add roughly chopped onions and fry well till they are golden brown. Let them cool down.

Make a paste of the fried onions in a grinder along with roasted coconut, khas khas, ginger and garlic.

Now Heat 2 tbsp oil in the same pan. Add the fennel seeds and then add the paste and fry for around 2-3 minutes.
Meanwhile chop tomatoes roughly and make a paste in the grinder.
Add the tomato paste to the pan and let it cook for 2-3 minutes.

Now add the turmeric powder, red chilli powder, corriander powder and the kaala masala. Add salt and mix it all well. Keep frying the masala stirring occasionally, as once the water evaporates, it might stick to the pan. Keep adding water ( maybe a spoon or two) in between , so the masala blends well and doesn't burn out. Fry till the masala starts leaving oil.

Now separate the gravy, if you want to make a paneer or egg curry along with, else add the chicken pieces to this.

Let the pieces get coated with the masala and fry it for 5 minutes or so.
Now add about 2 cups of water, depending on the gravy consistency that you desire.
Remember, the chicken will also leave it's juices.

Cover and cook for about 10 minutes.
Now add half of the chopped corriander leaves to this and let it cook in open till the chicken is done.

Once done, keep it covered on the gas stove and let it rest for about 5 minutes.

Garnish with corriander leaves and serve with roti, paratha or rice :) 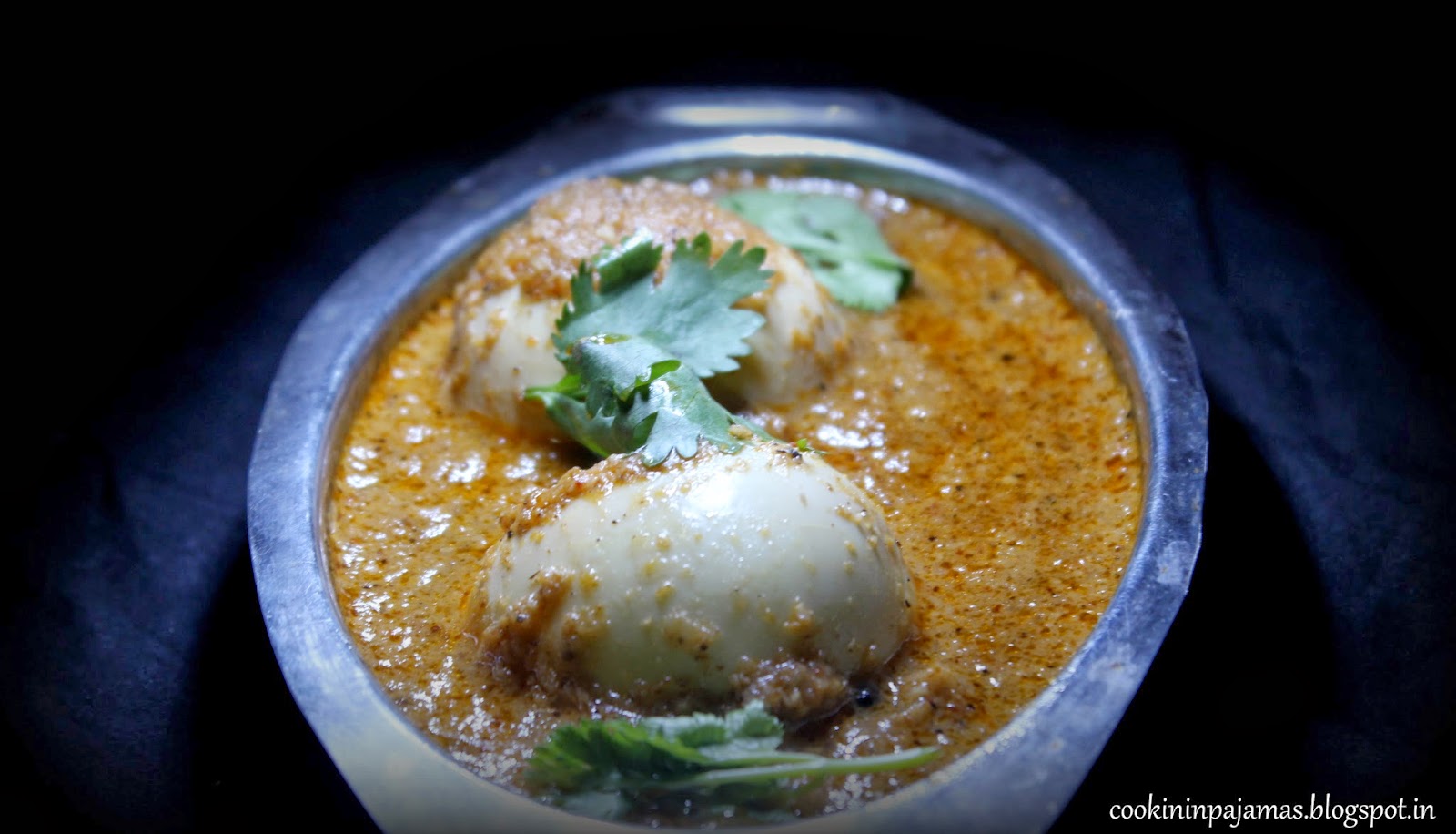